Will Men Ever Stop Cheating?

Someone commented the other day “cheating is in the blood of men, it is not second nature; it is their true nature!” The statement was from a woman, of course, perhaps from bitter experience with a partner. This very opinion is now commonplace and gaining grounds daily.

Man's immorality is catching up (or catching down) in emulating lesser animals in many senses: their styles, tastes, mates  and methods. Man has been conquered and held captive by his animal desires.

Education and technological advancement has not reduced the inclination of men to cheat their mates. If anything recent studies have indicated a rising trend. 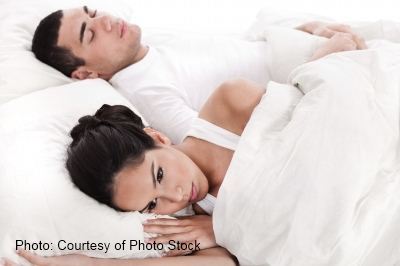 Surveys conducted a few years back confirmed that men are much more likely to have affairs outside marriage or relationships than women. In one of such polls in the United States, 22% of married men admitted to adultery as against 14% of women. This is just a sample of those who will not lie!

Peggy Vaugn in Monogamy Myth put 60% of men against 40% women who will most likely be unfaithful in their marriages at some point.

It is suspected that the figures are much higher - and skewed highly against men - today because of growing frustration in relationships and sophistication of social environment.

The Gateway To The Mess

Given that most people abhor promiscuity, why do more and more men take the plunge? What is the attraction to men in cheating their mates? Why is it really difficult to pull out or break the affair once in?

In many cultures of old, polygamy and concubinage were the prerogative of men. No questions asked and no debates over such a settled matter.

This so-called nature of men is fueled in today’s world by media hype and seduction of the internet. In this age of fantasy and make believe, this is much more pronounced as fashion and trends encourage adultery.

Feminine impressions and images are quickly transformed to desires and fantasies in the mind of the victim and, if nurtured, snowballs into improper cravings outside their relationships.

It is not all men that succumb to the cheat process, of course. Some have learnt to recognize and dismiss these thoughts and imaginations before they form.

1.   The vast majority of men who start affairs keep friends of similar trait.  The 'converted' men justify their unfaithfulness by the standard of their respected friends. This eliminates the feeling of guilt which is necessary for a pull-out from the affair. 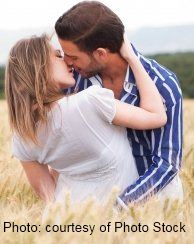 2.   Men who endure routine sex, or no sex at all, will most likely be drawn into affairs by the slightest hint, or thought of sexual excitement. These men usually justify 'going outside' on the basis of unsatisfied sexual appetite.

3.  Emotionally, men are not as macho as assumed.  Infidelity starts long before sex happens. A man’s environment and indulgences could open him up for amorous desires. It takes a discerning woman to observe the build-up of any illicit affair.

A cheating man started someday, somehow, under a certain condition. An understanding of the early spark could curb this unwanted behavior.

Let's Partner With You To Pray Him Out Of Cheating And Lying.

Let's Partner With You To Pray Your Husband Out Of Cheating And Lying.

Subscribe To the Free E-zine Below And Get Started!

Don't Let Your Children Become Like Their Cheating Father!

Focused Prayers For Breaking Generational Curse Of Cheating And Divorce Off Your Children.

Information on this site is not intended to influence or lead you in one direction or another.
A decision to use, or not to use, this information is the sole responsibility of the reader.
Please see an attorney or a qualified counselor for proper assessment and advice on your options.